The government has come under pressure to urgently clarify who it counts as a ‘key worker’ after Britons woke up in a state of lockdown confusion.

Last night in his historic address to the nation, Boris Johnson ordered the workforce to stay at home unless travelling to work was ‘absolutely necessary’.

But the wriggle room left by the Prime Minister was seized upon many workers who continued to commute to their jobs this morning.

Construction workers were seen operating in close proximity, causing head-scratching over why they were continuing to work while most of the country was forced to hunker down at home.

Responding to claims that details of the lockdown were ‘murky’, Michael Gove, the minister for the cabinet office, said: ‘It is the case that construction should continue on sites.

‘People should obviously exercise sensitivity and common sense and follow social distancing measures. But construction sites carried out in the open air can continue’.

Yet images from the first day of lockdown showed construction staff huddling together on sites, brazenly flouting social distancing guidelines.

And Nicola Sturgeon and Sadiq Khan fanned further confusion when they advised construction workers to stay at home.

Construction workers at a building site on Hanover Square were pictured operating in close proximity, causing head-scratching over why they were continuing to work 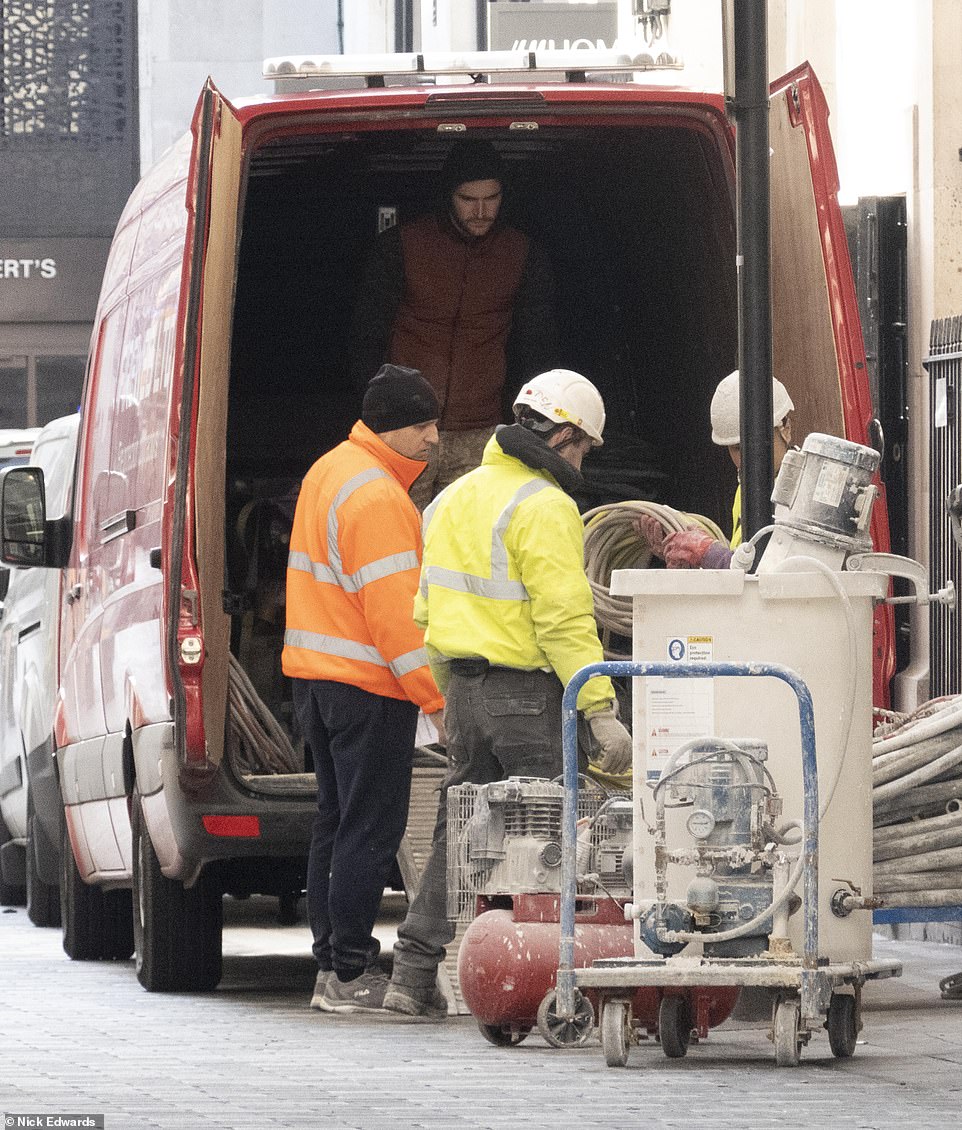 Speaking at a pres conference yesterday, the Scottish First Minister of building sites: ‘My advice would be to close.’

The Mayor of London echoed these sentiments and said: ‘I’ve been concerned about the mixed messages and the lack of clarity.’

He added: ‘The only people that should be leaving home are those that are essential to look after us.

‘In my view the only construction workers that should be working are those that are needed for safety.’

The call for Downing Street to clear up the confusion came as:

As the cameras panned to a busy scaffolding site in East London, the broadcaster said: ‘Why is the government so inconsistent, confused, sending mixed messages, why are they not on a better page with this stuff?’

Shortly after the ITV show zoned in on the building site, the construction had workers appeared to down tools.

Grilling Mr Gove, Morgan pointed out that many builders would be travelling to their sites on public transport, but the minister said he believed they would be using alternative methods to commute.

Yet the London Underground was crammed with passengers during the morning rush hour, sparking further calls for the government to detail who is allowed to leave their home. 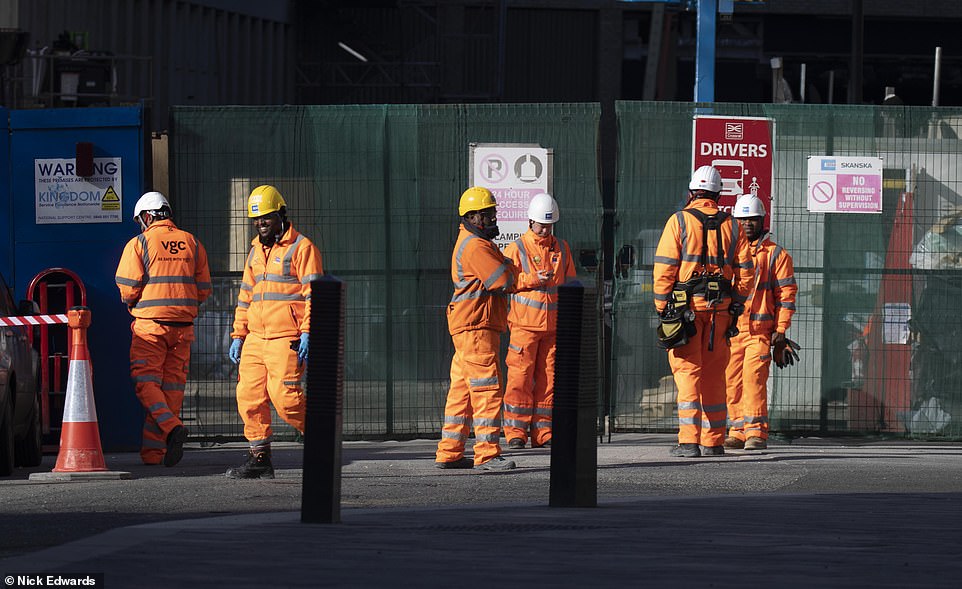 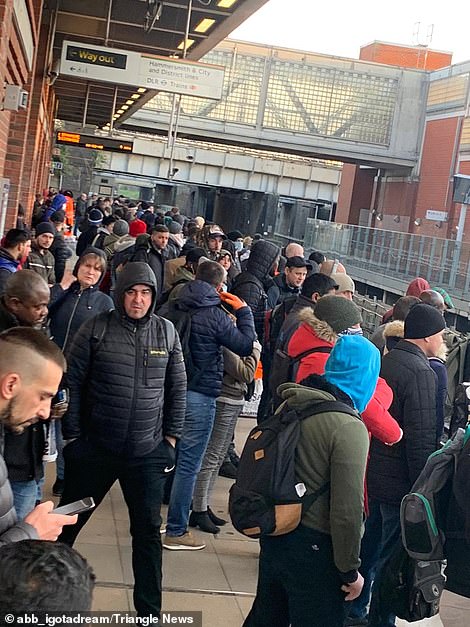 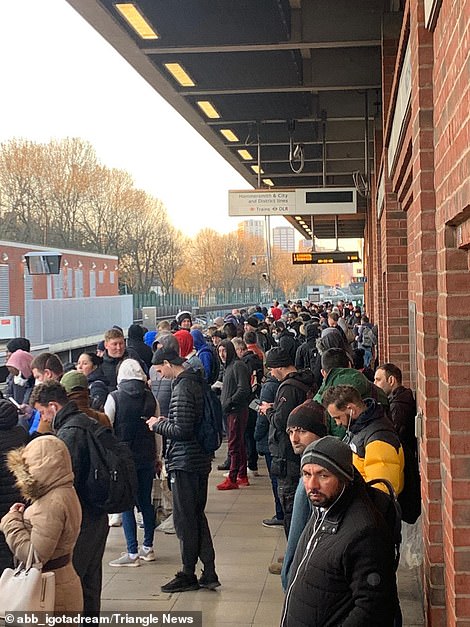 The London Underground was still crammed with passengers during rush hour Seemingly taking advantage of the grey area over what is meant by ‘key workers’ Sports Direct asked their staff to open stores today, with owner Mike Ashley insisting they were providing an essential service.

But Mr Gove later revealed that Sports Direct had been told to close their branches, and suggestions it was a vital outlet was ‘wrong’.

Labour’s shadow business secretary Rebecca Long-Bailey praised the government for taking action for shutting Sports Direct, but weighed in to lament the ‘confusion over what is classified as essential work’.

The leadership hopeful told BBC Radio 4: ‘There’s a lack of clarity on other workplaces such as warehouse facilities and online ordering beyond the scope of food and essential items and the government needs to provide urgent clarity in that.

Last week, when the government closed schools, they released a list of key workers who should continue sending their child to classes.

Other elements of the Prime Minister’s unprecedented shutdown were also picked apart on a lack of detail.

Sir Peter Fahy, the former chief constable of Greater Manchester Police, said ‘there is a huge amount of clarification needed’ about the tougher rules on the movement of people during the coronavirus crisis.

He believes clear outlines are needed on a range of issues such as the definition of a vulnerable person and what counts as exercise.

He told BBC Breakfast: ‘There is no way really that the police can enforce this using powers, it has got to be because the public hugely support it, that there is peer pressure and there is continuing clarification from government about the message and going through all the individual scenarios and questions that people will have about what happens in this situation.

‘It feels like in the next few days we will need an implementation period but the key thing is that the public accept that this is absolutely vital if lives are to be saved.’

WHO IS A KEY WORKER?

Below is a list of key workers designated by the government when it shut schools last week.

Those working as part of the health and social care supply chain, including producers and distributers of medicines and medical and personal protective equipment.

Those essential to the running of the justice system, religious staff, charities and workers delivering key frontline services, those responsible for the management of the deceased, and journalists and broadcasters who are providing public service broadcasting.

This only includes those administrative occupations essential to the effective delivery of the COVID-19 response, or delivering essential public services, such as the payment of benefits, including in government agencies and arms length bodies.

Food and other necessary goods

This includes those involved in food production, processing, distribution, sale and delivery, as well as those essential to the provision of other key goods.

This includes those who will keep the air, water, road and rail passenger and freight transport modes operating during the COVID-19 response, including those working on transport systems through which supply chains pass.