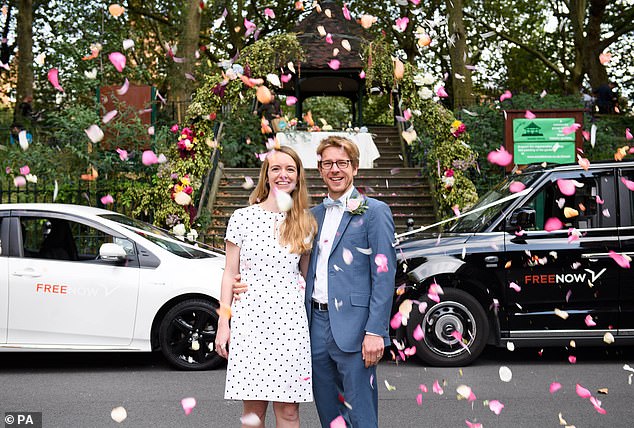 Park and bride! Five couples tie the knot at the UK’s first drive-through wedding service after having their big days postponed due to coronavirus

Five UK couples tied the knot at the UK’s first drive-through wedding service today after their big days were postponed due to the coronavirus pandemic.

Brides and grooms got hitched in black cabs in London thanks to the service, launched by the ride-hailing app Free Now.

Couples were either nominated by friends or by themselves before being picked by the firm after explaining why they should get hitched at the drive-through.

Lucie Hacq and Charles Langevin, Jonny Johnson and Sara Martin, Francesca Stokes and Peter Lipton and Fatima Bajwa and Jahanzeb Khan were among the couples saying ‘I do’ today in the capital.

Five UK couples tied the knot at the UK’s first drive-through wedding service in London today after their big days were postponed due to the coronavirus pandemic. Pictured: Newlyweds Lucie Hacq and Charles Langevin 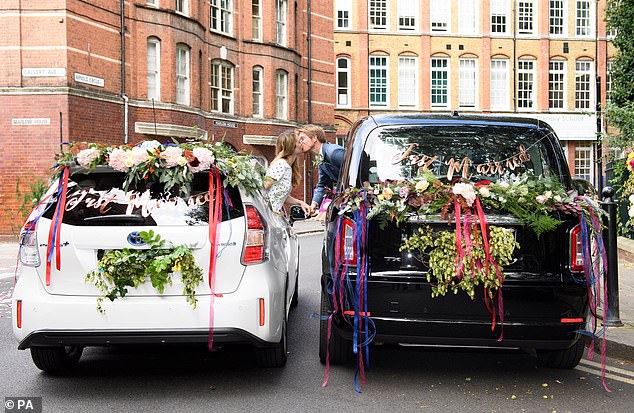 Lucie and Charles exchanging a kiss after their wedding. Free Now provided cars and covered the cost of the speedy nuptials of five couples

All couples were wed at the Boundary Gardens in East London, and enjoyed a quiet ceremony after exchanging their vows.

Grooms-to-be were picked up in black cabs, while brides travelled in white private hire vehicles commissioned by Free Now.

The business model follows a Vegas-style elopement in which the happy couple arrives at a chosen location in their car to meet the celebrant and the two witnesses.

The couple often remains in their car throughout the ceremony and the paperwork is passed through the window to be signed and confirmed.

But this time around, the pairs were reunited down the aisle, where they exchanged their vows. Free Now paid for the cost of the speedy nuptials for all couples. 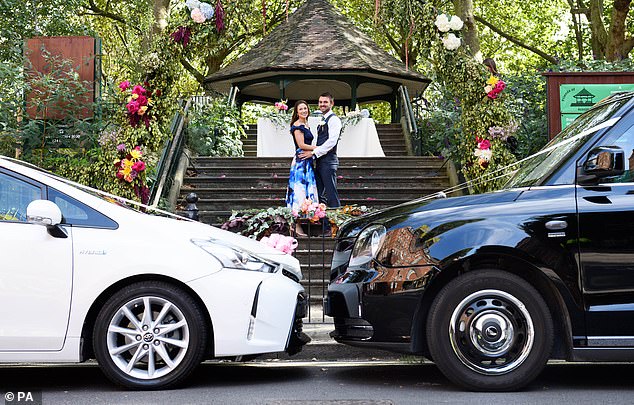 Francesca Stokes and Peter Lipton embrace after their wedding ceremony, which they also completed with the drive-through service 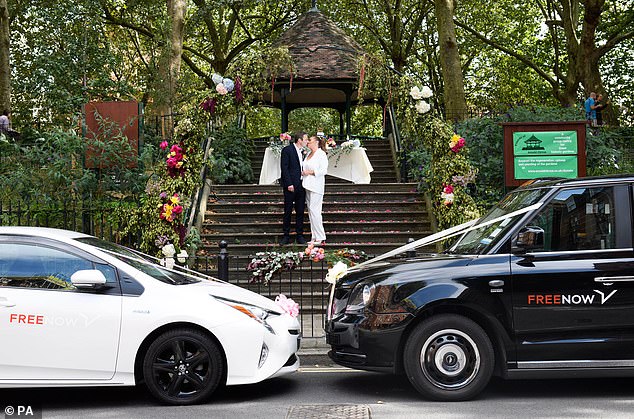 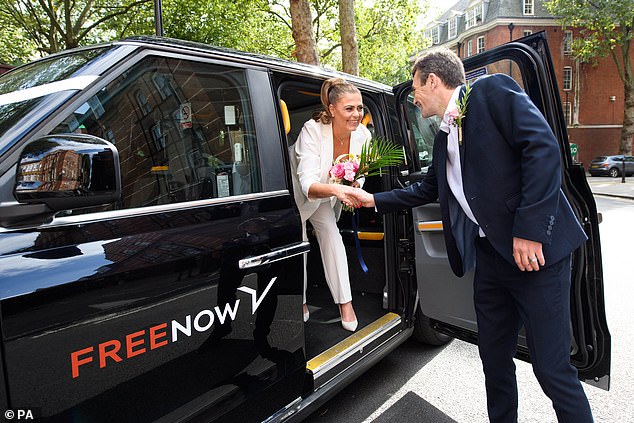 The couples could be seen riding in the vehicles side-by-side and sharing a glass of bubbly after their ceremony.

Decorated with bows and flowers, the cars looked every inch the part while the duos were sporting their wedding finery.

The weddings were not only a logistical feat, they were also very short in order to comply with government guidelines in the wake of COVID-19.

Mariusz Zabrocki, the General Manager of FREE NOW UK, said ahead of the ceremonies that his aim was to make weddings fun after restrictions forced many couple to revise their plans. 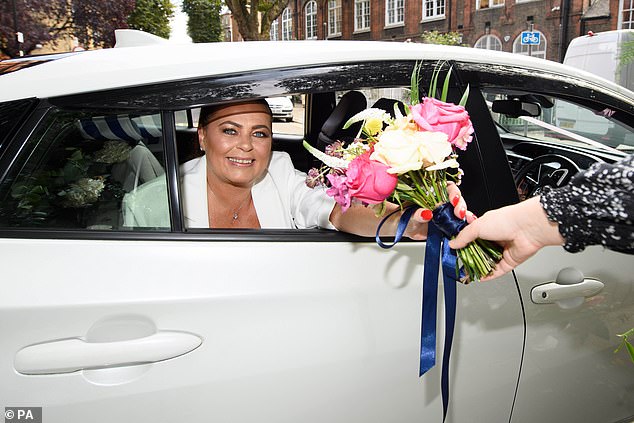 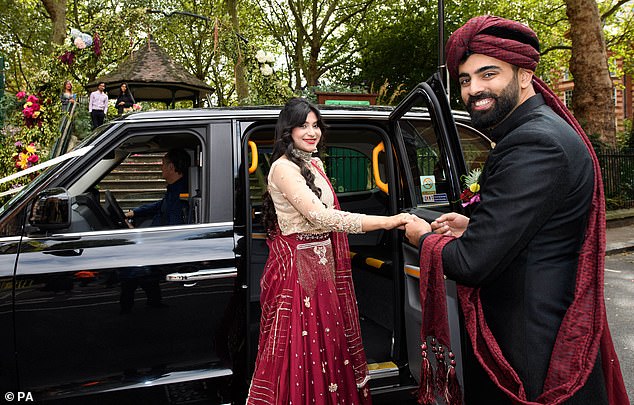 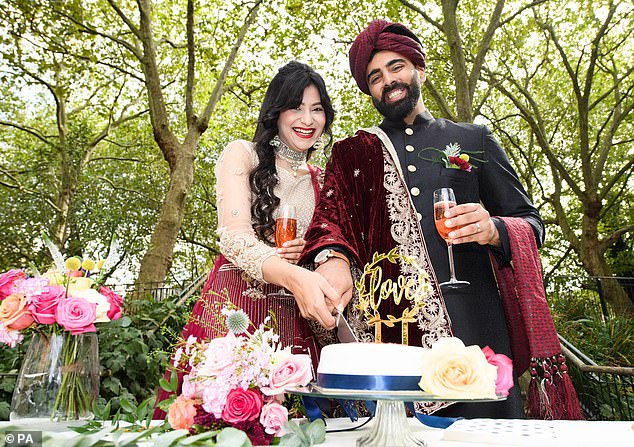 ‘We all know someone who has been in limbo as they’ve had to postpone their wedding due to COVID, and have felt their pain.

‘And with so much fun currently taken out of weddings, such as not being allowed to have a proper reception, only inviting up to 30 people and a ban on singing; we were inspired to step in and enable some lucky couples to get married in a fun and unusual way,’ he told LondonTV.

Downing Street announced mid-August that wedding receptions for up to 30 guests would be permitted, but only in the form of a sit-down meal and in a ‘Covid-secure location.

Ceremonies had been allowed since July 4 – for a maximum of 30 attendees – yet until August 15, newlyweds had been banned from celebrating their union with a traditional knees-up.

The government introduced new restrictions this week, banning gatherings of more than six persons in England and Wales, however, weddings are exempt from the new rules, along with funerals, work and team sports.