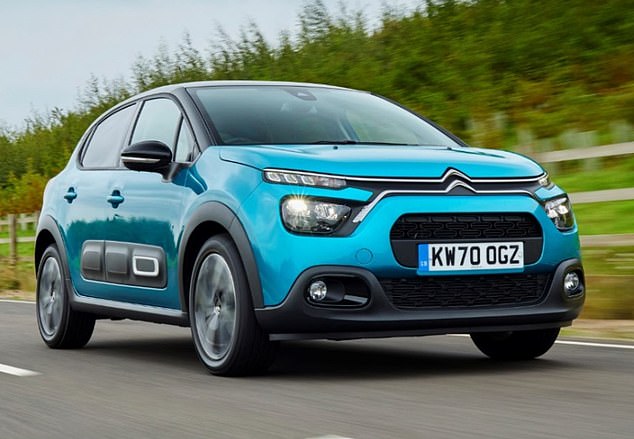 So you think diesel’s dead? Well I’ve just been driving a perky little Citroen C3 hatchback with a diesel engine that might confound that notion.

And the maker says while diesel sales may be declining across the industry, its own numbers are holding up well.

Despite a recent string of new all-electric and hybrid launches, for anyone looking now to buy a decent economical runaround that won’t break the bank, this car could be just the job.

Top-selling: Citroen’s new C3 Flair Plus BlueHDi 100 diesel ticks many boxes for anyone looking for an economical family runaround

I wasn’t expecting to be driving a diesel, but a mix up meant I got a car destined originally for someone else. And he had mine.

But what a fortuitous switch. And great timing, too. The Paris Motor Show was due this month, but cancelled because of Covid.

So French makers such as Citroen, Peugeot and Renault held ‘virtual’ launches, and I have at least been able to drive some of their new cars on UK roads.

Hence, I’ve been zipping around Surrey in the latest iteration of the C3 – its top-selling model. 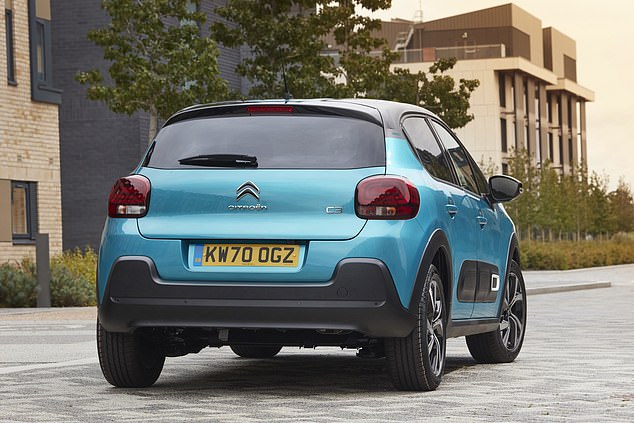 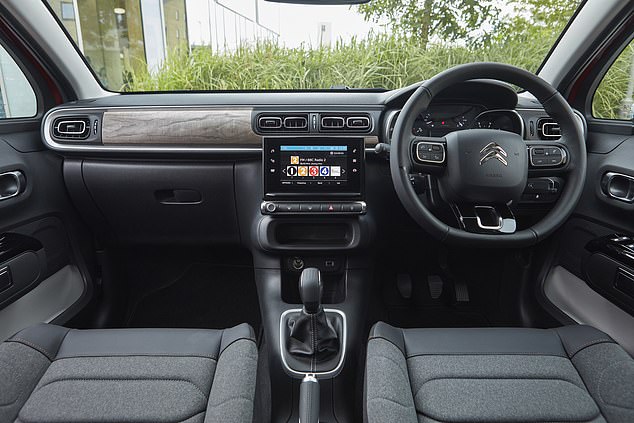 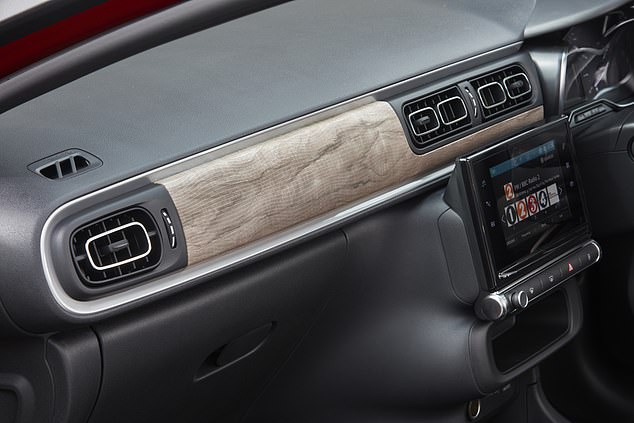 The BlueHDi 100 with stop-start technology, powered by 102 hp, 1.5-litre diesel engine, linked to a snappy 5-speed manual gearbox, accelerates from rest to 62 mph in 11.3 seconds

My Flair Plus BlueHDi 100 with stop-start technology, powered by 102 hp, 1.5-litre diesel engine, linked to a snappy 5-speed manual gearbox, accelerates from rest to 62 mph in 11.3 seconds up to a top speed of 117 mph.

But it averages up to 67 mpg with CO2 emissions of 118g/km. It rumbles a bit at idle, but runs smoothly up to speed.

Customisation is king here and there are a remarkable 97 different exterior paint combinations alone. 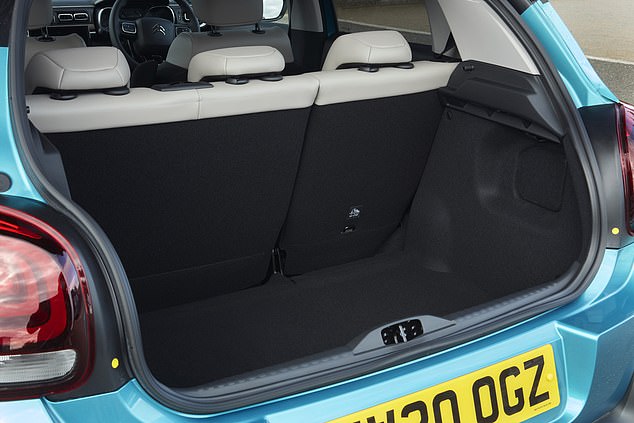 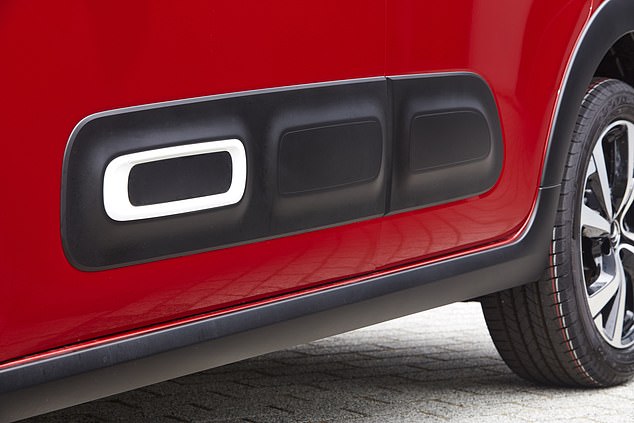 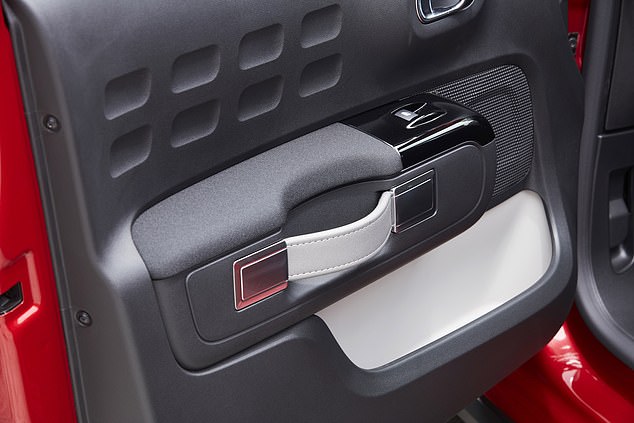 The diesel C3 averages up to 67 mpg with CO2 emissions of 118g/km. It rumbles a bit at idle, but runs smoothly up to speed

Even the bump-resistant ‘blisters’ on the side of the car that make the model instantly recognisable, can be matched to the paintwork.

Nissan turns over a new Leaf

Nissan is transforming its all-electric Leaf into an emergency rescue vehicle for humanitarian relief in global disasters.

The ‘mobile power station on wheels’ will take electricity and rescue gear to danger hotspots without power. 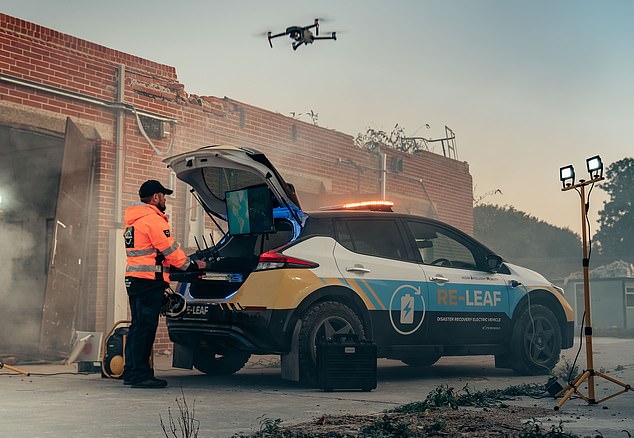 Taking charge: Nissan is transforming its all-electric Leaf into an emergency rescue vehicle for humanitarian relief in global disasters

The beefed-up version called the ‘Re-Leaf’ has been created following real-life use of existing Leafs during earthquakes and disasters in Japan.

Its onboard battery can power an intensive care medical ventilator, LED floodlight, electric jack hammer, pressure ventilation fan and even a drone to fly above a site. Weatherproof plug sockets are fitted to its exterior. It can navigate debris-strewn roads, too.

Manual master gets his own handbook 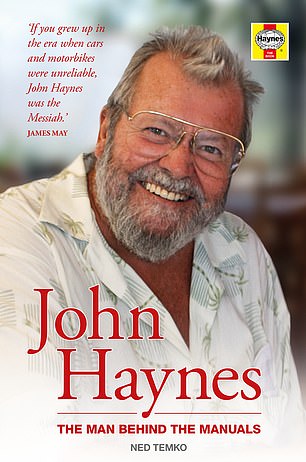 I’ll wager almost every household in Britain has one of his books somewhere.

And if it’s not a car owner’s workshop manual, it’ll be one of the many fun spin-off tomes ranging from the human body and history, to the internal workings of the Starship Enterprise.

I’m referring to the late John Haynes who died aged 80 last February, but whose remarkable story and legacy lives on in a new book John Haynes: The Man Behind The Manuals, by Ned Temko (£20, haynes.com).

Featuring more than 70 photos, it chronicles how, at 15, he was tinkering with an old Austin 7 to create a two-seater sports car.

Then he wrote, printed and sold 250 copies of a 48-page booklet to fund his first ‘conventional’ car.

This led to the Haynes Manuals brand which has sold more than 200 million books since 1966.