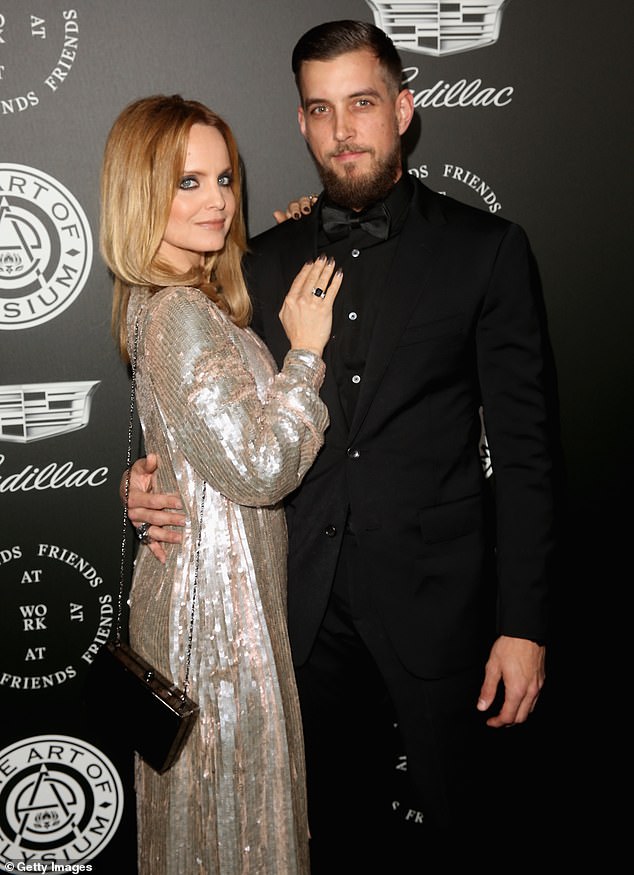 Mena Suvari is pregnant! The American Beauty actress, 41, is expecting her first child, a son, with husband Michael Hope: ‘It’s been a very emotional experience’

By Heidi Parker For Dailymail.com

Mena Suvari is pregnant with her first child with husband of two years, Michael Hope.

The 41-year-old American Beauty actress shared with People that she is having a son and it has been a dream of hers for years.

‘It’s all I ever wanted for years!’ shared the blonde who made a name for herself as a teen actress who worked on American Pie and Loser. The child is due in spring 2021.

Expecting: Mena Suvari is pregnant with her first child with husband of two years, Michael Hope. Seen in 2018

‘It’s still this process for me of believing it and accepting that something this beautiful could happen for me,’ she told the magazine.

‘It’s been a very emotional experience. It’s very weird finding out — I was like, I can’t believe it!’

She also said that she and her spouse had been trying to conceive for a long time.

‘I was recording my temperature every morning and peeing on these ovulation sticks. You expect that it’ll happen and it didn’t. I got to this place where I felt overwhelmed and stressed out,’ she said.

And she worried about her age. 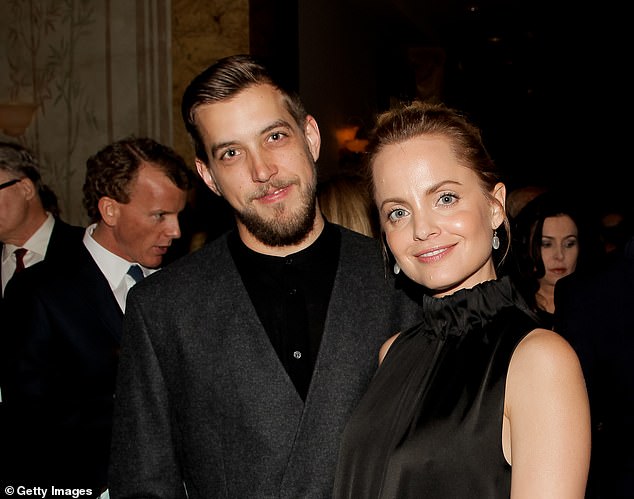 Joyful news: ‘It’s all I ever wanted for years!’ shared the blonde who made a name for herself as a teen actress who worked on American Pie and Loser. The child is due in spring 2021. Seen in 2017

‘I was like, I can’t do this anymore. I’m so tired of stressing over this. I was trying to feel like if it’s meant, it’s meant,’ she adds. ‘I was being really open like the Aquarian that I am — if this is my path or not.’

When she went back to work in July she said she felt different.

‘At first I thought I was having jet lag because I’m really sensitive,’ Suvari said. ‘By the end of July, I had a couple of other symptoms and I decided to take a test and there it was. It was a huge surprise, an absolute miracle!’ 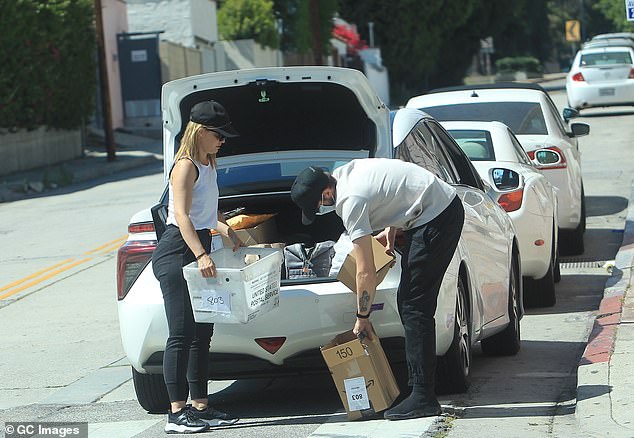 Running errands: Mena and her spouse were last seen in Los Angeles in May of this year 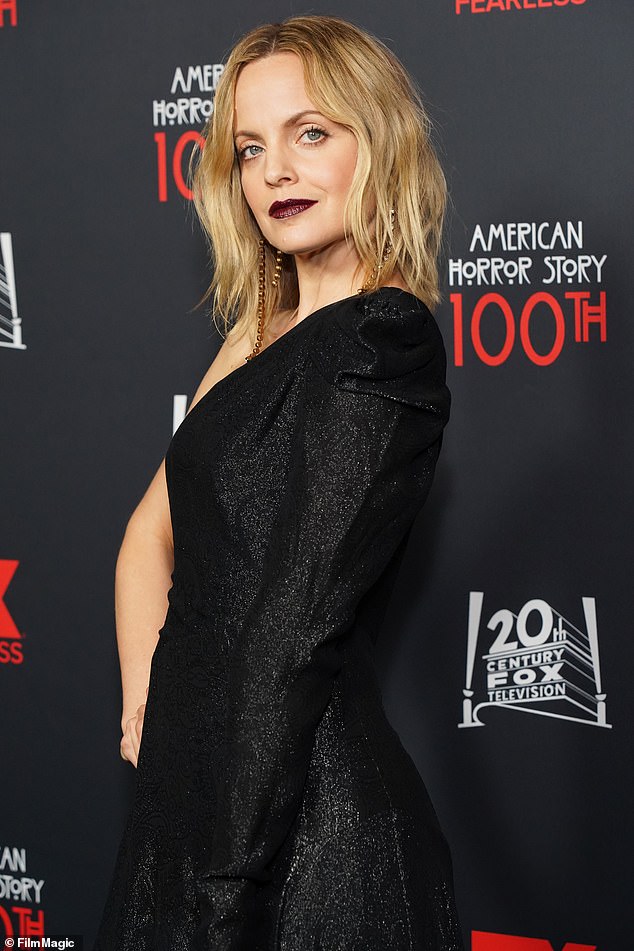 One of her last red carpets: Suvari is seen here in October 2019 at the American Horror Story 100th Episode Celebration at Hollywood Forever

Suvari continued, ‘It was something that we’ve always wanted, but a couple months before, I had stopped calculating. I pulled back and let go, which apparently they say that that’s when it happens.’

And now she has to change her habits.

The beauty added: ‘I’ve had to learn how to be a different way with my appetite and my sleep habits and not pushing myself, asking for help — all these things are hard for an independent woman!’

The couple had been dating for two years before she ‘secretly’ married Hope in October 2018, her third marriage.

Hope has worked in the art department and as a prop master on several movies, and he met his future wife on the 2016 Hallmark movie I’ll Be Home For Christmas. 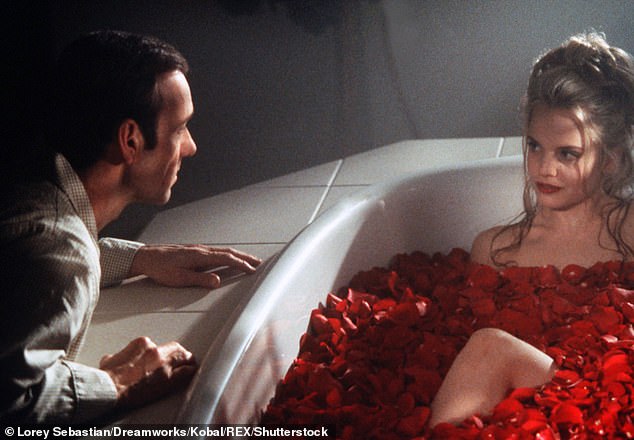 A top film: She is best known for working with Kevin Spacey on the 1999 film American Beauty from director Sam Mendes 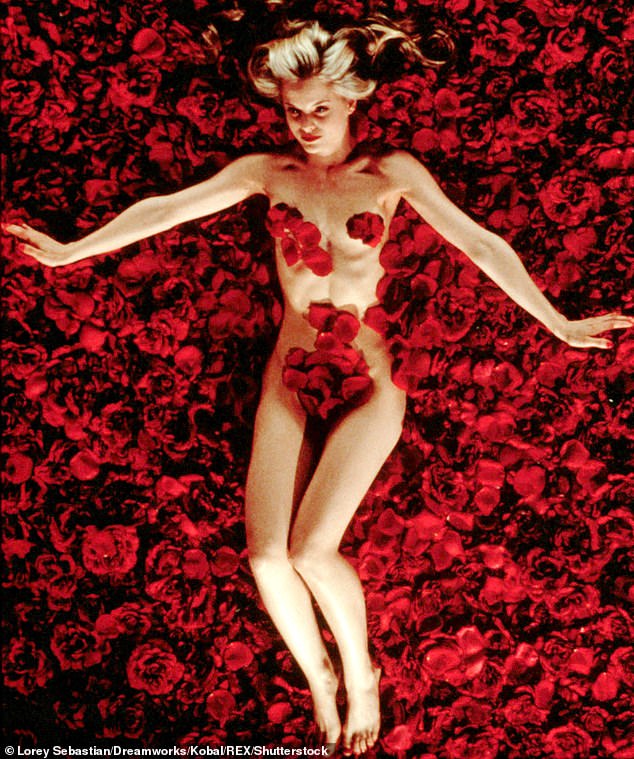 A lot to take in: The siren was only 20-years-old when she played the object of affection

She had previously been married to cinematographer Robert Brinkmann, who she met on the 2000 indie film Sugar and Space.

Suvari had her breakthrough year in 1999 when she starred in the surprised R-rated comedy hit American Pie and Best Picture winner American Beauty.

The actress has a number of films in post-production including Paradise Cove with Kristen Bauer van Stratten and Grace and Grit with Frances Fisher.