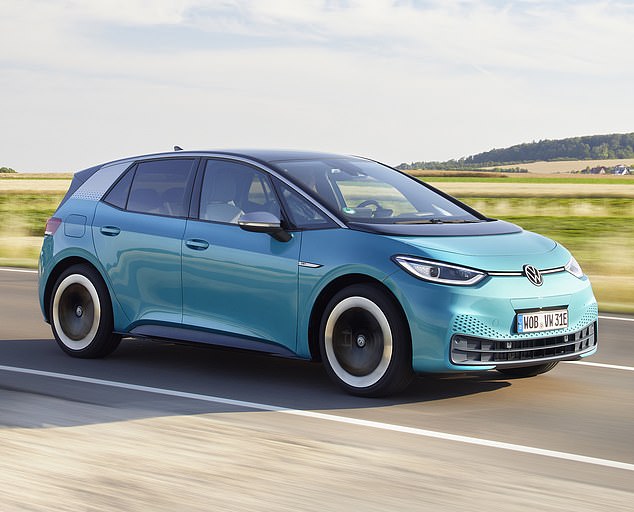 Volkswagen has not been shy about the virtues of its new all-electric ID.3 hatchback, hailing it as the groundbreaking spiritual successor to the Beetle and the Golf.

That’s a brave claim. I’ve just driven one of the first to arrive on British shores to check it out.

The ID.3 comes with a few twists including the way you put the automatic car into drive or reverse mode. There’s not a conventional stick-selector or dial. Instead, you twist a swivelling plate that sits to the upper side of the steering wheel at about 2 o’clock. Forward to go into drive, and backwards for reverse.

It’s a bit like operating a manual can-opener. Fine once you get into the swing of it.

The new ID.3 looks suitably modern without being too space cadet. I drove an early First Edition model whose hefty prices start from £35,215, and that’s after you deduct the £3,000 plug-in car grant.

My First Edition Pro Power proved a lively ride, accelerating from rest to 62mph in 7.3 seconds — the initial early bite being engaging — up to a top speed of 99mph.

Powered by a 58kWh 204hp electric motor, there are zero emissions and a claimed range of up to 260 miles. 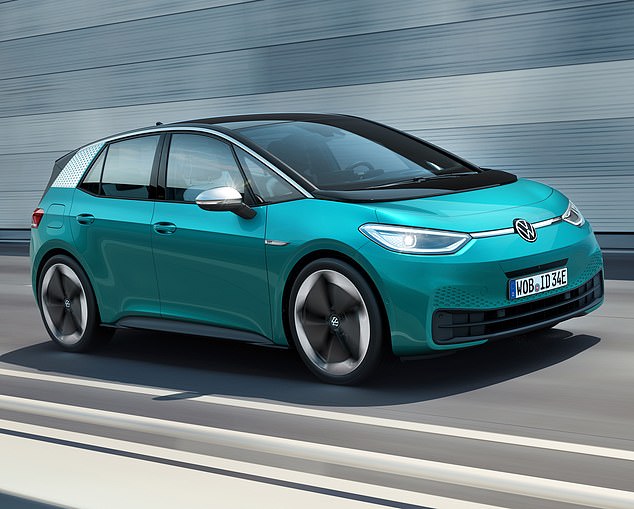 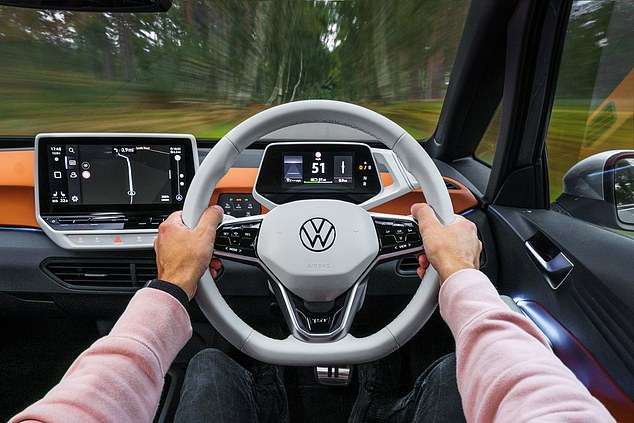 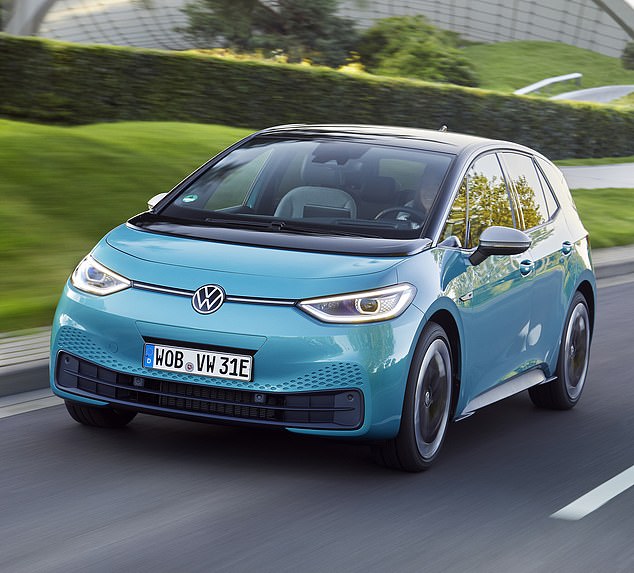 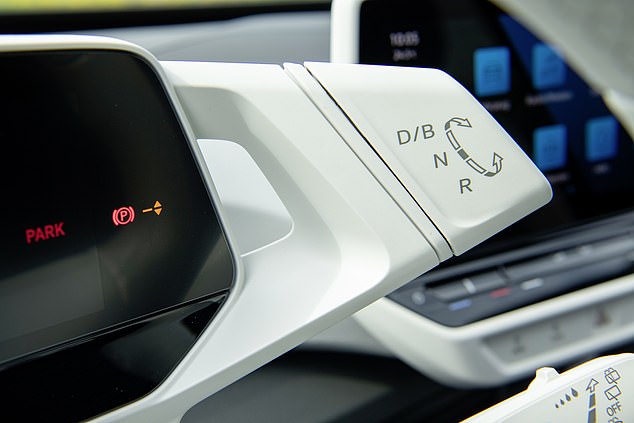 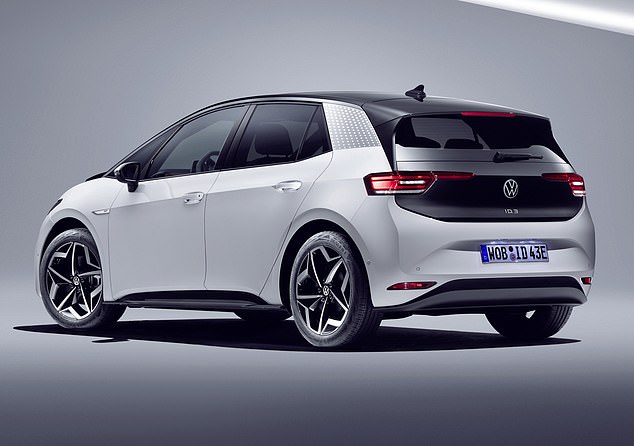 But this week Volkswagen announced pricing for cheaper models, starting at a fraction under £30,000 (after grant), which will make it a more palatable option for many families seeking value for money as well as eco-credentials.

Of the seven pre-configured series ID.3 models to follow, the lowest-priced is the ID.3 Life costing £29,990.

But the more powerful top-of-the-range Tour model costing £39,290 — with a 77kW/204hp electric motor — has a range of 336 miles, which puts it into Tesla territory, but for thousands of pounds less. Order books open next week.

The ID.3 interior is minimalist, contemporary and comfortable. There are some clever touches. For instance, when I charged up the car overnight, a thin but bright line running the width of the dashboard lit up green, with a proportion of it flashing to denote how much was still to charge.

Your presence in the car (provided you have the key fob to with you) is effectively the car’s signal to start itself up. It already senses when you are getting close and illuminates.

When the car fires up ready for action, the illuminated line across the width of the dashboard is white. It’s a sort of ‘welcome aboard’ signal.

It is echoed by the exterior light running the width of the front of the car – between the LED headlights and through the VW badge.

Once you’ve been ‘greeted’ by the dashboard-width light inside the car, you only actually have to press the parking brake and the elecric car is primed ready to drive.

Then you turn the gear-selector rocker-switch. (Alternatively, you can, if you want, press the starter button half-hidden on the side of the steering column, but its not actually necessary. And when you’ve finished and want to switch off , you just press the Park button on the side of the rocker-switch. That’s it! When you walk away from the car or lock it, it shuts down automatrically)

That clever interior dashboard-width light has other functions too. As well as greeting you you and turning green to show when it’s charging, it also turns red to warn of danger ahead. And whe your sat-nav tells you to turn left or right, that side of the dashboard light is illuminated.

Another twist. The rear-wheel drive ID.3 may have four side windows, but there are only two buttons on the driver’s side with which to open them all. Default is for the front two windows. But there’s another switch to depress if you want the two buttons to open the rear windows.

Then it’s just a case of turning the big quirky swivel switch near the steering wheel to put the car into drive or reverse and you are on your way.

It is a different way of driving.

Charging to 80 per cent (or 180 miles) takes 30 minutes on a rapid charger. A full charge on a domestic wall box takes 9 hours and 30 minutes – essentially an overnight charge which is what I carried out. Although initially a bit of a faff, charging at home does become more of a mindset thing, and saves you those trips to the filling station. But you do have to plan ahead a bit more as topping up en route can be more complex. More part unlicensed chargers are being introduced. But there still aren’t enough yet. 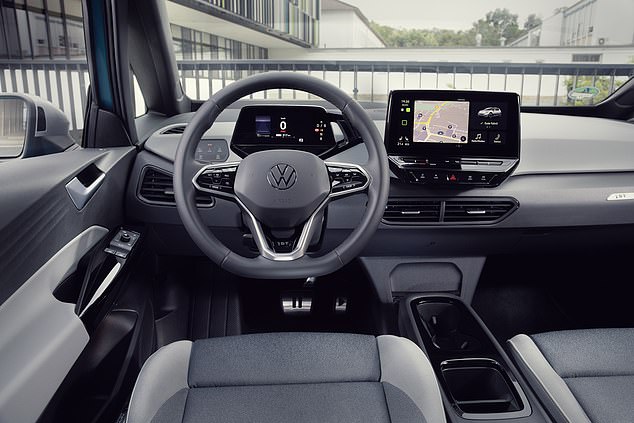 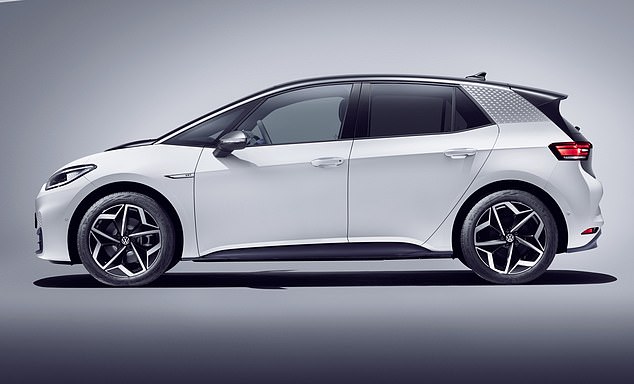 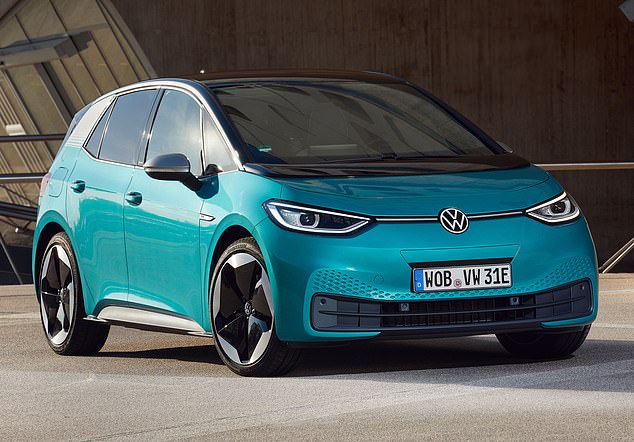 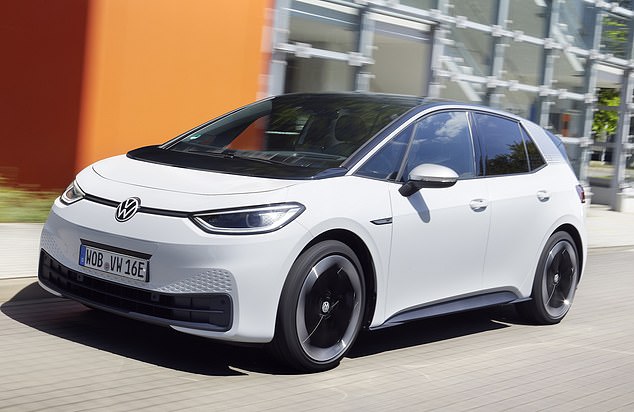 Would I choose an ID.3 over a new eighth generation petrol or diesel VW Golf? Possibly if I were doing regular commutes. The range is pretty good and it’s a lively and engaging drive.

One irritating thing they do share in common, however, is the over-emphasis on the large central touch-screen, the smallest of which is at least 10 inches. It must have sounded like a good. idea at the time.

Then came the coronavirus pandemic and the glass screens have become a a risk factor for spreading the virus.

My biggest irritation however was the finger touch-sensitive sliding controls – carried over from the Golf. Fiddly and not at all user friendly. It kept moving the volume from barely audible to super loud. I stuck to the steering wheel controls instead.

The car got its own back though. You can use voice commands with the the magic words ‘Hello ID’.

But I failed that test miserably by repeatedly and incorrectly shouting ‘Hi VW’ and ‘Hello Volkswagen’. To no avail until it was too late.

But these are relatively minor quibbles which a period of sustained driving will soon sort.

It certainly turns heads. I had strangers in the street asking me about it.

It’s quick but quiet. Smooth but engaging. Practical, but with good performance.

The boot’s slightly bigger than the Golf’s so will manage the family shop.

Built at VW’s electric car factory in Zwickau, Saxony, which, thirty odd years ago was still behind the Iron Cutain in former Communist East Germany ( how times have changed), it’s a worthy and challenging rival for the Nissan LEAF electric car which has been an early contender in this sector. Nothing like a bit of competition to raise everyone’s game.

A musical tribute to the late racing legend Sir Stirling Moss by his rock star friend Mark Knopfler, and a 50th anniversary cavalcade of 50 Range Rovers are among the highlights of the first virtual Goodwood SpeedWeek, as it opens its online doors this weekend. 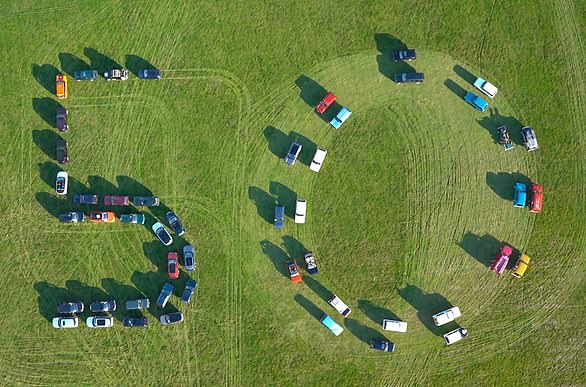 Figurehead: A 50th anniversary cavalcade of 50 Range Rovers is among the highlights of the first virtual Goodwood SpeedWeek

Visitors can register for free for the SpeedWeek online at goodwood.com, created as a response to the pandemic.

Sales of electric cars are accelerating as those for petrol, and particularly diesel, decline.

Key figures for the new ’70’ plate in September are telling, with electric and hybrid cars accounting for one in three of the total. 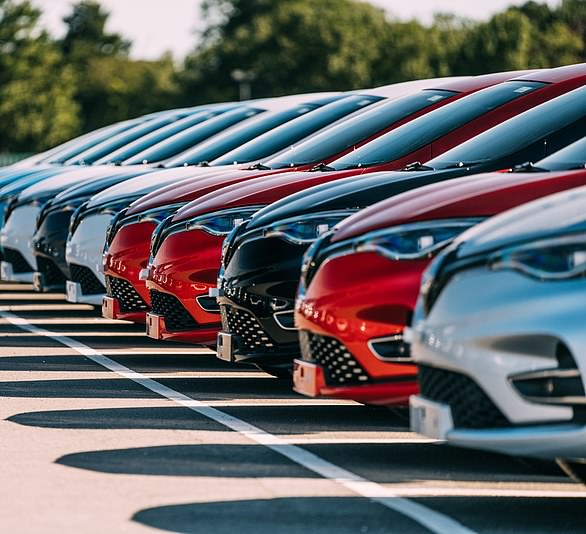 Accelerating: Key figures for the new ’70’ plate in September are telling, with electric and hybrid cars accounting for one in three of the total

Sales of purely electric cars trebled in September to 21,903, despite an overall 4.4 per cent dip in car sales to 328,041 vehicles, according to the Society of Motor Manufacturers and Traders. Plug-in electric hybrids nearly doubled to 12,400. And ‘self-charging hybrids’ increased nearly 56 per cent to 26,344.

Even ‘mild hybrids’ rose with petrol versions increasing five-fold to 30,382, while those aiding diesels rose 66 per cent to 13,484.

Cars with some form of electrification accounted for nearly a third of all vehicles sold — up from just one in eight in September last year.