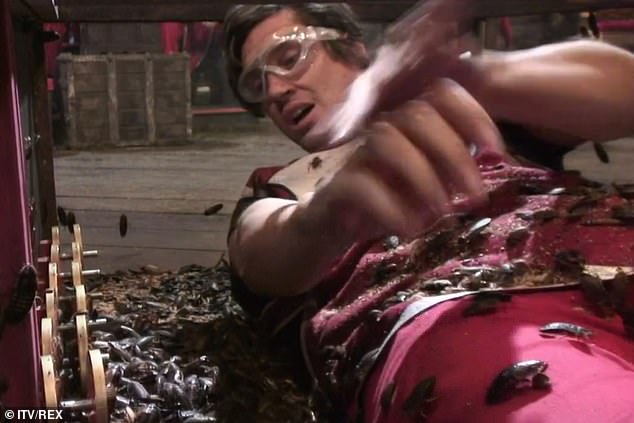 I’m A Celebrity 2020: Vernon Kay screams ‘f**k’ in awkward live TV blunder despite hosts Ant and Dec warning the campmates not to swear

The twelve I’m A Celebrity…Get Me Out of Here! campmates took part in this year’s first tense live TV trial during Friday night’s episode.

But Vernon Kay accidentally swore amid the Royal Tournament challenge, despite campmates being warned by hosting duo Ant and Dec to mind their language.

The TV presenter, 46, screamed ‘f**k’ at the top of his voice as hoards of cockroaches, maggots and worms were poured over him during the live trial.

Blunder:  Vernon Kay accidentally swore in the live Royal Tournament trial during Friday night’s I’m A Celebrity episode despite being warned by hosts Ant and Dec to mind his language

The Lords and the Ladies of Gwrych Castle were split into two teams of six and had to go head-to-head in four games to collect as many gold coins as they could.

Vernon was pinned against Victoria Derbyshire in the battle of the sexes and had to climb into a coffin filled with creepy crawlies and unthread coins for his team.

But he could not stop himself from yelling the uncensored profanity  in the awkward gaffe as the gruesome bugs crawled all over his body.

Despite airing past the watershed, Ant and Dec had asked campmates to avoid swearing during this year’s first trial broadcasted live from the castle in North Wales. 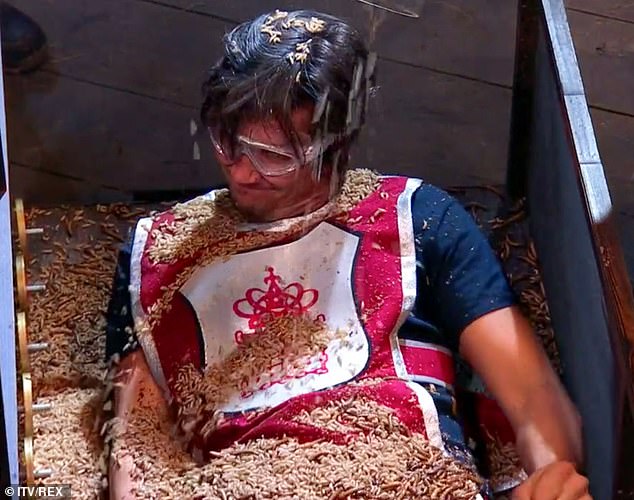 Gross! The TV presenter, 46, screamed ‘f**k’ at the top of his voice as hoards of cockroaches, maggots and worms were poured over him during the live Royal Tournament trial

And Vernon’s naughty language did not go unnoticed by fans of I’m A Celebrity, who quickly took to Twitter to express their surprise at his loud swearing.

One amused fan wrote: ‘Vernon Kay swearing then waving at the camera what a guy’

While another asked: ‘Did Vernon Kay just shout ‘F**K’ on live telly?’

And a third penned: ‘Vernon Kay screaming ‘f**k’ is my new religion’

MailOnline have contacted representatives of I’m A Celebrity for comment.

Vernon’s team were still victorious throughout the rest of the live challenge as they beat their rivalling campmates and were rewarded with a lavish banquet.

But the losing women’s team unluckily had to go hungry and are set face the next dreaded trial on Saturday evening. 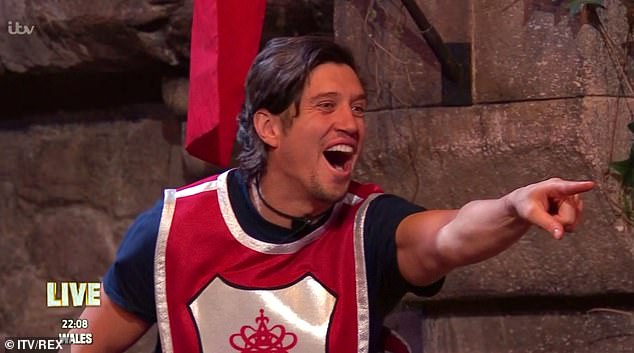 Rude! Despite airing past the watershed, Ant and Dec had asked campmates to avoid swearing during this year’s first trial broadcasted live from Gwrych Castle in North Wales 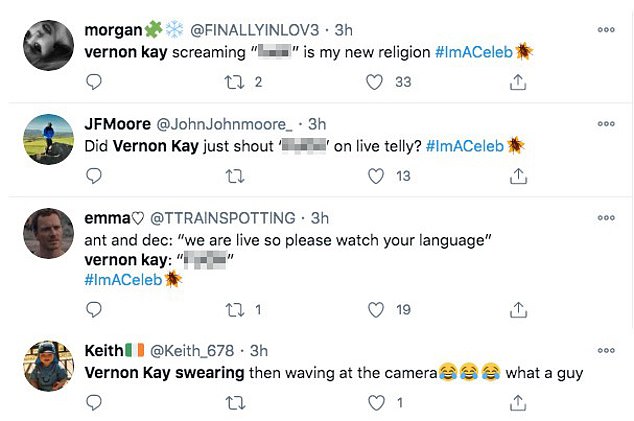 Swearing: Vernon’s naughty language did not go unnoticed by fans of I’m A Celebrity, as they took to Twitter to express their shock at Vernon’s swearing

This year’s campmates have been faced with gruelling conditions at the derelict castle in freezing cold Wales after the reality TV show relocated from Australia amid the coronavirus pandemic.

Ant McPartlin and Declan Donnelly are hosting the series once again, while Vick Hope is fronting The Daily Drop, a brand-new series following all camp activity, available on ITV Hub every morning after the main show.

The Geordie duo, the contestants and crew will be tested for COVID-19 every three days throughout the series, with the campmates able to mix freely while they live in the camp as they form their own bubble.

The 2020 series, which kicked off with a bang on ITV last Sunday evening, is expected to last just 20 days – two shorter than normal.

I’m A Celebrity…Get Me Out Of Here! continues nightly on ITV.