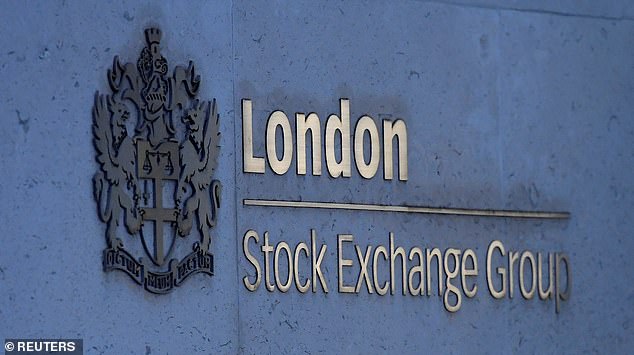 Those who doubt the resilience of the City outside the EU have received a sharp reminder that there is life in the old dog yet.

It establishes the LSE as a global information and analytical powerhouse but also provides trading opportunities in foreign exchange and bonds. The deal means the LSE will swap a European bond trading market at Borsa Italiana for a global one controlled by Refinitiv. This, at a moment when doom mongers deride the prospects for UK financial services outside the EU.

Those who doubt the resilience of the City outside the EU have received a sharp reminder that there is life in the old dog yet, says Alex Brummer

The former City Minister, Lord Myners, took to the airwaves to suggest that the migration of dealings in euro-denominated shares from London to the Continent was the thin end of the wedge and terrible things would happen, such as a shift in asset management.

Square Mile panjandrum Mark Boleat writes to the Financial Times to say that only 10,000 jobs may have shifted from London to rival European centres over the last four years but 75,000 will go over the longer term.

It seems inexplicable that Boleat, the ‘political leader’ of the City of London Corporation, should be doing the work of Brussels rather than embracing LSE expansion and Chancellor Rishi Sunak’s Big Bang 2.0 plans.

A chairman of one of London’s bigger banks told me this week that the alleged loss of £5 billion or so of euro shares dealing to Europe is a ‘red herring’. Retail investors buying or selling Santander shares, for instance, through a broker such as Hargreaves Lansdown, would not notice any difference.

Bigger institutional deals are often as not done through multilateral trading platforms run by the bigger banks or through the LSE’s Turquoise system, which has prepared with a parallel dealing facility in Amsterdam.

We have seen this week how far from moribund the City is out of Europe. Dr Martens and Moonpig have announced LSE floats, newly-quoted tech beauty platform The Hut Group saw its shares soar after an upbeat trading report. Meanwhile, fintech concern Checkout raised £370m of extra capital, putting an £11bn value on the enterprise. 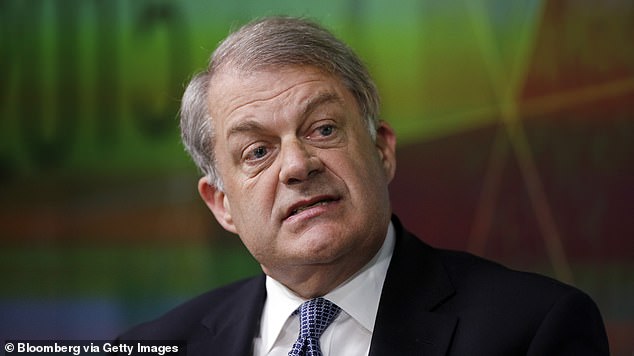 Square Mile panjandrum Mark Boleat (pictured) writes to the Financial Times to say that only 10,000 jobs may have shifted from London to rival European centres over the last four years but 75,000 will go over the longer term

New data shows that the UK has moved into a leading position in Open Banking, embracing 300 fintechs and the volume of banking transactions conducted online soared to more than 5 billion last year. Britain and Denmark are the only European countries scoring highly on the World Bank’s rankings of easy places to do business.

So what should we expect from Sunak’s plan? Several initiatives are in motion. Former EU commissioner Lord Hill is tasked with shaking up rules for tech listings in London so that limits on dual classes of shares can be waived. The City could become a leader in issuing and trading green bonds (as it was for Eurodollar bonds in an earlier era).

And there are moves afoot to free Britain from the onerous regulatory regime for insurers, known as Solvency II, to unleash funds for investment. The voices of despair should think again.

Morrisons won praise this week for being the first big supermarket to enforce mask-wearing in its stores. Now it is doing something as important for its 96,000 employees, raising pay levels to £10 per hour, an increase of 9 per cent.

That means that since David Potts took over as chief executive in 2015, shop workers have seen rewards rise by 46 per cent. Bit of a contrast to Tesco, which recently was found to have paid nearly 79,000 workers less than the minimum wage for a short period because of ‘administrative’ error. As frontline workers battle to keep us fed and clean, supermarket staff deserve a share of the pandemic profits-gusher.

The Financial Conduct Authority has well-founded concerns about the bitcoin bubble but that is not stopping finance firms from finding ever more ways of embracing the current favourite ‘safe haven’ investment. City traders ICM have unveiled the Btcoil, which allows clients who don’t want to risk trading in the dollar, pound et al to trade in oil using bitcoin. It is described as a ‘unique and convenient way of trading both products simultaneously’. Sounds like double jeopardy.