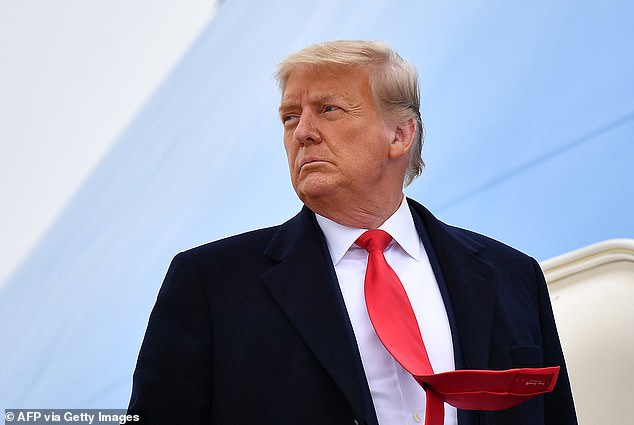 
The editor of Forbes Magazine, a publication known for its list of the nation’s wealthiest people, says he testified before a grand jury in the probe of Donald Trump and his company – another indication that prosecutors are probing how Trump described the total value of his business.

Forbes editor Randall Lane, who had sought to avoid testifying by fighting a subpoena, described his experience in an article on the site.

‘I was asked to testify about the 2015 cover story I wrote chronicling his decades-long fixation with our net worth estimate,’ Lane wrote, ultimately appearing under a court order.

He said his own testimony, given to former mob prosecutor Mark Pomerantz in Manhattan District Attorney Cy Vance’s office, went on for about 20 minutes, and consisted mostly of simple answers confirming information from the magazine’s 2015 cover story on Trump.

‘If we were sitting on anything newsworthy, we would have already shared that with our readers,’ he wrote.

The questions appear to fit in with prior reporting that prosecutors are focused on allegations that Trump inflated the valuation of properties when seeking to obtain financing, while low-balling them in communications with tax authorities.

The magazine published a 2015 cover story titled ‘Doubting the Donald,’ which quoted the future president as saying ‘I look better if I’m worth $10 billion than $4 billion.’

According to the magazine, Trump exaggerated the size of his Manhattan penthouse, claiming it was 33,000 square feet

He said he confirmed ‘That of the 1,600 or so people who have been on The Forbes 400 since 1982, none of them, as we report in the article, have been more fixated on their net worth than Donald Trump.’

A cover story was titled ‘Doubting the Donald’

Trump also told him ‘I look better if I’m worth $10 billion than if I’m worth $4 billion,’ as reported in the article. More specifically, that Trump told me that a higher net worth number ‘was good for financing.’

Also testifying was Chase Peterson-Withorn, who spoke for about 5 minutes according to Land and testified that Trump showed him his Trump Tower apartment and said it was 33,000 square feet and claimed it ‘was worth at least twice as much as the $100 million we pegged it at.’

They questioned the writer about a 2017 article, ‘Donald Trump Has Been Lying About The Size Of His Penthouse.’ The publication researched his residence and found it was 10,996 feet.