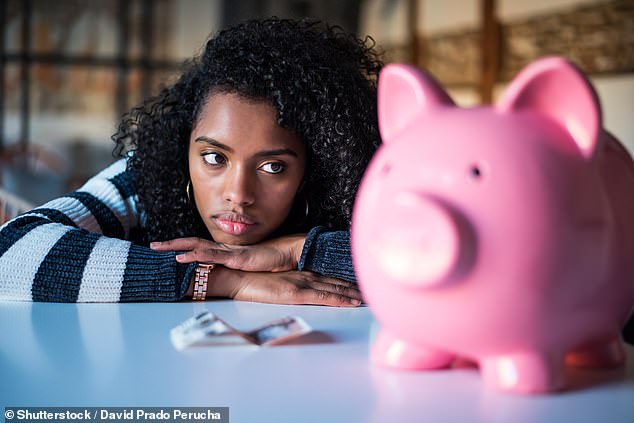 Only one in ten banks and building societies have passed on the latest Bank of England base rate rise to Britain’s long-suffering savers, new analysis has found.

At the start of February, the Bank of England’s Monetary Policy Committee increased the base rate from 0.25 per cent to 0.5 per cent.

This was expected to signal good news for savers, as a base rate rise means banks must pay more to borrow from the Bank of England.

Therefore, they will often increase the interest rates they pay to savers, to encourage them to deposit more money and raise funds that way.

However, analysis by financial information service Defaqto has found that few providers have passed the latest rise on to their customers, with many easy access accounts with top banks still sitting at 0.01 per cent.

It found that less than half of savings providers had increased the interest they paid on easy access accounts following the latest base rate rise.

Only 42 out of 99 providers have boosted rates for savers in the past six weeks.

The average easy access rate is now 0.25 per cent, according to Moneyfacts.

Although only half as much as the base rate, this is the highest average since June 2020 – as the base rate remained at a historically low 0.1 per cent between then and December 2021.

The best easy access deal on the market today pays 0.84 per cent, which will barely beat the base rate if it is increased again this Thursday as predicted.

The number of savings accounts that can beat the Bank of England base rate has plummeted to its lowest count since November 2008 at just over 900, according to Moneyfacts.

This includes all savings accounts, including those which pay savers higher rates for locking their money away for several years.

The Bank of England’s Monetary Policy Committee may decide to increase the base rate to 0.75 per cent when it meets on Thursday.

But for the majority of British savers who continue to entrust their cash to the big banks, there is little hope of this making any difference to their rates.

Almost all have refrained from changing their rock bottom rates at all since the base rate first began to rise in December 2021.

Only 10 per cent of providers actually increased their rates by the full 0.25 per cent, with most of those increasing rates only doing so by a small amount.

Which providers are rewarding savers?

Building societies have been better at passing base rate rises to savers, whilst competition between smaller challenger banks has kept the best-buy rates edging upwards too.

James Blower, founder of The Savings Guru, said: ‘With the exception of Nationwide, who have only made high-profile changes to a small group of accounts, most building societies have passed on a significant proportion or all of the rate change.

‘Given that they have to balance their mortgage borrowers and their savers, overall they’ve been pretty fair to members.

‘Small banks, who are largely the ones competing at the top of the best buys, haven’t passed on the rate rise as such because they’ve already been paying way over base rate with 0.6 per cent to 0.65 per cent being offered when the base was only 0.1 per cent.

‘There are now eleven providers paying 0.7 per cent or higher, as we’ve seen the base rate change effectively filter through to market rates.’

Which providers are NOT rewarding savers?

The big banks are awash with savers cash and have no incentive to pass the rate rise on to savers so have largely pocketed the base rate increase themselves.

The UK’s ten biggest mortgage lenders – many of which are also among the biggest savings banks – have hiked interest rates on their cheapest two-year fixed rate deals by as much as 1 per cent since October, according to broker L&C Mortgages.

These include NatWest, Lloyds, Halifax and Santander, which are still offering easy access savers 0.01 per cent.

By increasing the rates they charge to borrowers, but keeping the interest they pay to savers the same, banks are increasing their own profit margins.

Anna Bowes, co-founder of Saving Champion said: ‘It’s likely that the reluctance to pass on the increase in the base rate is simply that they don’t need to.

‘Certainly the big banks will use this type of scenario as an opportunity to increase their margins – by not paying their savers any more interest, but increasing the amount their borrowers pay back.

‘The lack of action by the big banks is a good indication of this. It’s been three months since the initial bank of England base rate rise yet Lloyds, Santander and NatWest and Halifax have done nothing for their savers, while HSBC and Barclays have only scratched the surface by making either minimal rate changes or only making small tweaks to very few accounts.’

What should savers be doing?

Easy access savings accounts continue to be the preferred choice of Britons, accounting for 62 per cent of the entire savings market according to Paragon Bank.

Nearly three quarters of these easy-access balances earn a rate of 0.1 per cent or less.

According to the latest CACI data, a huge £455billion is also sat in UK current accounts, with the typical balance of £5,600 generating an average interest rate of 0.06 per cent.

There are opportunities to earn better interest, particularly for savers that are willing to restrict their access to their cash.

According to Moneyfacts, 55 per cent of savings accounts pay more than the 0.5 per cent base rate, although this includes higher paying fixed-rate deals and notice accounts.

But there are some better-paying easy access accounts, too.

‘There’s huge inertia sadly but there’s no reason for those customers to not switch,’ says Blower.

‘They can improve their rates significantly and without needing to move to completely unknown names.

‘Investec, the tenth largest bank in the UK, pays 0.71 per cent without restrictions. Aldermore, the first of the new wave of challenger banks to come to market in 2009, which looks after over £13billion of savings, is paying 0.75 per cent.

‘Yorkshire Building Society, the third largest building society, pays up to 0.82 per cent.’