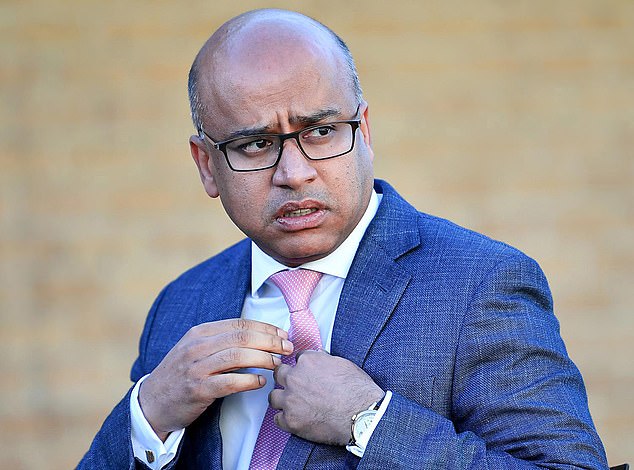 The probe comes as French authorities investigate allegations of money laundering and misuse of corporate assets at GFG, which faces an inquiry by the Serious Fraud Office.

Gupta has faced scrutiny ever since the collapse of its main lender Greensill Capital in March 2021.

Questions: Sanjeev Gupta (pictured) has faced scrutiny ever since the collapse of GFG Alliance’s main lender Greensill Capital in March 2021

A GFG spokesman said: ‘We strongly reject any suggestion of wrongdoing and we will continue to cooperate fully with the French authorities to help them bring this matter to a swift conclusion.’

It is understood French prosecutors visited GFG’s Paris office and an aluminium smelter in Dunkirk, during which they combed through company documents and files.

Investigations in Dunkirk are reportedly concerned with transactions made before GFG lost control of the plant to private equity group American Industrial Partners last year.

GFG’s spokesman said: ‘GFG has determined that there was no wrongdoing in its French businesses.’