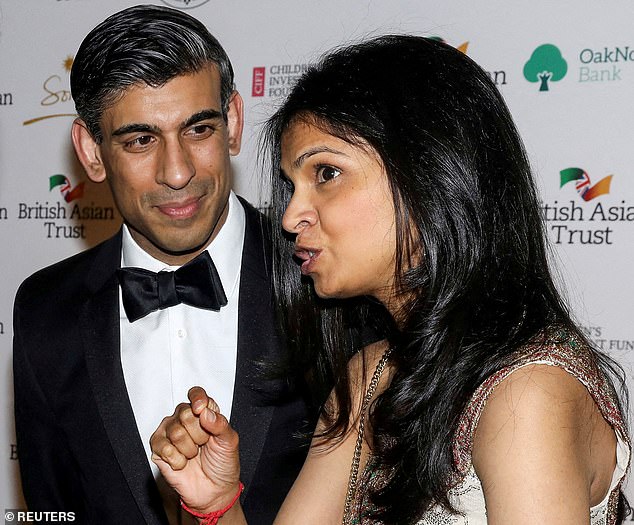 Infosys, the software firm that counts Rishi Sunak’s wife among its shareholders, has hit back at critics following a backlash over the length of time it took to quit Russia.

The Chancellor and Akshata Murty, daughter of Infosys founder Narayana Murthy, found themselves at the centre of a controversy after Ukrainian MP Lesia Vasylenko accused the family of benefiting from ‘blood money’, arguing that any company contributing to the Russian economy was supporting its invasion of Ukraine.

Links to the Sunaks, forced Infosys into the spotlight after it emerged that the business still had a presence in Moscow until May.

But its president, Mohit Joshi, said claims that it hadn’t pulled out of Russia fast enough were unfair, adding that it had fewer than 100 people there and was only serving global clients.

Speaking to the Mail at the World Economic Forum in Davos, he said: ‘We don’t think the criticism was fair. We’ve been recognised as one of the most ethical companies in the world.’

He denied the Chancellor played a part in his decision to quit Russia, saying: ‘The Government would never have dreamed of stepping in.’