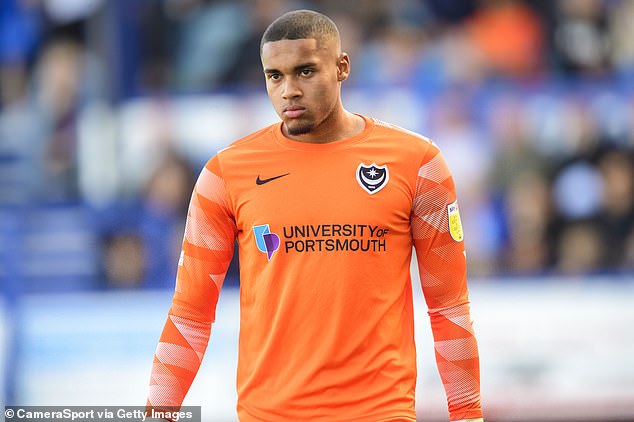 By Adrian Kajumba and Jack Gaughan for MailOnline

Southampton have made their move for Manchester City goalkeeper Gavin Bazunu with Fraser Forster completing his free transfer switch to Tottenham.

Ireland youngster Bazunu has emerged as the south coast club’s leading goalkeeper target and they are understood to have lodged an opening offer for the 20-year-old who they are hoping to sign in a deal worth up to £10m.

Southampton are freshening up their goalkeeping department this summer with Forster’s departure now confirmed. He has signed a two-year Spurs contract.

Southampton wanted to sign a young goalkeeper initially as a No 2 but also capable of challenging for the No 1 spot and believe Bazunu is one option who fits the bill.

He has spent the last two campaigns on loan in League One with Rochdale and then Portsmouth, where he was named their player of the season for 2021/22, and also displayed his potential in an Ireland shirt.

Bazunu has made 10 appearances at senior level for his country since making his debut last March, memorably saving a Cristiano Ronaldo penalty in an impressive display against Portugal last September.

While Southampton have made their first move for Bazunu they remain mindful that the ball is in City’s court and are still considering other options.

They have also shown interest in Fiorentina’s Bartlomiej Dragowski.

Polish free agent Mateusz Lis, 25, is another goalkeeper they are keen on but he is set to be loaned out if he completes a move to Southampton.